Sharon Burstein is one of America’s most in demand and respected motivational speakers and is an award-winning author. She has worked with hundreds of thousands of people globally for more than 25 years inspiring and creating business and leadership images. Author of three award-winning books, Sharon has been recognized and received numerous National and International achievement awards. President-CEO of Sharon Burstein International consulting and speaking, her successful global career has included: owning and working with private and publicly traded companies, International Marketing, Speaker, Manufacturer, Patent owner, Media Producer, and Educator. Sharon created Leadership Summit America Symposium in 2016 and in 2017 launched the successful YOUniquely  YOU! Putting Women First – The Power of Possible retreat for women of all ages and walks of life.

Michele S. Gooch is referred to as the Transition Guru. She is insightful, inspiring and challenging as she helps women get clarity on their direction, explore their mindset and uncover their own design. Michele is the founder of LIFE by Design, a coaching business that supports women in transition by helping them reconnect with their passion and realign with their purpose. She also directs Plaid for Women, a digital media company providing relevant content for women on the business of life.

She has a Bachelor of Arts in Psychology and a Masters in Counseling. She is certified in DISC: Behavioral Analysis and holds a certificate in Coaching Mastery. Michele has been able to combine her formal education with her passion for seeing people succeed in life to move people toward pursuing the best for their life. She leads Impact: A Women’s Collaboration Group in the Dallas/Fort Worth area of Texas.

As a native Texan who loves the Hill Country, enjoys reading, and mint iced tea. She loves living in community, even when it’s messy. A few fun facts about Michele: While in southern Mexico on vacation, she accidentally ate lunch with the Cartel. When snorkeling off the coast of Belize, she unintentionally swam with an 8-foot shark while he was eating. As a child, she spent her summers on a walking cattle ranch, actually working. 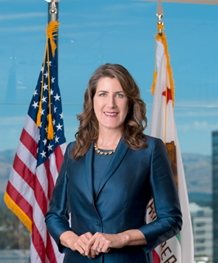 During her legislative tenure, Catharine developed a reputation as an independent, bipartisan voice in the Legislature, fostering collaboration that led to breakthroughs in significant legislation, particularly on transportation, the environment, and government accountability. According to the Sacramento Bee, Baker had the most bipartisan record of any assembly member in the 2015-2016 session. Her collaborative leadership made her one of the most effective members of the Assembly. In just four years, sixteen of her bills — all supporting education, transportation, public safety, and government efficiency — passed the Legislature with bipartisan support, and all sixteen were signed into law. Significant legislation included the creation of Valley Link, to construct a commuter rail connection between the Central Valley and Bay Area, and a new parking garage at the Dublin/Pleasanton BART station. Catharine is President of the Diablo Regional Arts Association, which supports professional arts access for families, students, and schools. She is a Board Director with California Women Lead, a statewide non-partisan non-profit that helps women attain appointed and elected office.

Disclosure:  Sharon Burstein, Michelle Gooch and Catherine B. Baker are not affiliated with LPL Financial.